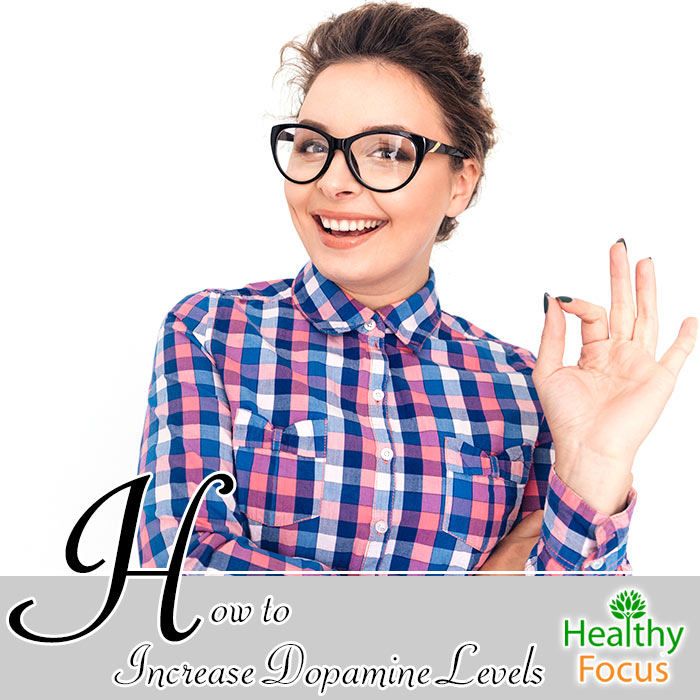 Dopamine is an important neurotransmitter released by our brain. It plays a variety of important roles in human and animal behavior. The significant functions of dopamine include:

An excess or a deficiency in the chemical is linked to several serious diseases. Parkinson’s disease is perhaps the most notable disease inked to dopamine deficiency. People suffering from Parkinson’s have to replace their dopamine with a drug called L-Dopa or levodopa.

The production of dopamine takes place naturally in an area of the mid-brain called the substantia nigra which is an important part of the brain for controlling motor functions. However, dopamine is not only vital for movement. It can also affect the way in which a person behaves and learns.

As well as Parkinson’ s disease, dopamine levels are linked to numerous conditions including drug addiction, ADHD, schizophrenia and loss of cognition.

For Movement: Movement is regulated by an area of the brain known as the basal ganglia which depends on dopamine to function effectively. A deficiency in the levels of dopamine causes movement to become delayed or uncoordinated. Excess dopamine can cause unnecessary movements such as tics.

Addiction: Drugs like amphetamines and cocaine have a marked inhibitory effect on the re-uptake of dopamine. Both increase the presence of the chemical and can lead to increased feelings of pleasure and addiction.

Pleasure Rewards: Dopamine is responsible for feelings of pleasure. The chemical gets released during pleasurable activities. This means that sex, food and certain drugs can stimulate dopamine release within the brain.

Memory and Attention: When dopamine levels are good, they can help to improve memory. However when you have a deficiency or excess of the chemical, memory can suffer.

Dopamine can also help improve attention and focus. Reduced levels of dopamine within the brain’s prefrontal cortex have been linked to attention deficit disorders.

Cognition: Dopamine found in the brain’s frontal lobes help control information flowing from other parts of your brain. Unbalanced levels of dopamine in the frontal lobes are linked to a decline in cognitive function such as problem solving, memory and attention.

READ  10 Of The Best Longevity Supplements

Pain: Dopamine plays a vital role in the processing of pain within the nervous system. A deficiency in dopamine has been linked with many of the painful symptoms of people living with Parkinson’s disease.

How to Raise your Dopamine Levels

It is clear that dopamine plays a very important role in happiness, health and well-being. Fortunately, the majority of us produce it naturally. However, estimates suggest that as we age, our dopamine production tends to drop considerably.

If you want to boost your dopamine levels, there are plenty of supplementary options as well as a number of dietary and lifestyle options that could help. Here are a few of the best….

L-theanine is a type of amino acid which is found in healthy green tea. The compound is liked to increases in the production of the brain’s neurotransmitters including dopamine.

It is available in supplementary form but you can also glean its benefits from regularly drinking green tea.

SAM-e or s-adenosyl methionine is a compound which occurs naturally in the brain. Supplements are commonly taken to treat depression. It is believed to work by increasing dopamine levels as well as other neurotransmitters responsible for feeling good such as serotonin. (1)

In the U.S, SAM-e is available as a mood enhancing supplement while in much of Europe , it is prescribed for depression. It works quickly and can bring relief in as few as 4 days. Apart from depression, it is considered especially useful for Parkinson’s and schizophrenia.

Ginkgo Biloba is an extremely popular herbal remedy. It is widely used for various emotional conditions including confusion, depression, anxiety and loss of memory. (2) There is certainly some controversy over its effectiveness but some studies show that it holds promise and can increase levels of dopamine as well as serotonin. (3) It is also an effective natural remedy for stress because it helps reduce cortisol levels.

This a legume that grows in tropical areas which is also known as velvet bean and cowhage. Both the bean and the pod contain a compound called l-dopa which is a precursor to dopamine.

Supplements are available purporting to treat a variety of emotional problems including mood enhancement, brain health, cognition and sex drive. Research into the effects of the herb on Parkinson’s disease shows that it compares favorably with commonly prescribed medication. (4)

Curcumin is the major active compound in turmeric and is linked with a host of health benefits. According to research, it can help boost both serotonin and dopamine which are both linked to depression.

Studies have actually found that it may be as effective as commonly prescribed anti-depressants like Prozac. (5) Curcumin supplements are available in various forms so make sure that you are choosing the type that is most bioavailable. For a full review of the best curcumin supplements, click on this link.

This is an herb that has been traditionally used by Ayurvedic practitioners for many long years. Traditional practitioners have long used it as a tonic for the brain to improve memory, focus and learning.

Experts believe that these traditional uses of bacopa monnieri are valid and that it may help improve various mental conditions by boosting seratonin and dopamine while also reducing cortisol.

Other Ways to Increase Dopamine Naturally

Apart from the herbal remedies known to boost dopamine, there are a few lifestyle changes that can also help you boost its levels.

You have no doubt heard that exercise is good for the brain. Apart from being a great way to improve your health in general, making sure you get plenty of exercise is a wonderful way to reduce stress, anxiety and improve your emotional well-being.
When you exercise, your brain releases a number of feel good chemicals including serotonin, endorphines and of course, dopamine.

You may not be in the prime of fitness, but simple going for a nice long walk with the dog or taking a nice stroll in the park every evening can have a very positive impact.

A compound called tyrosine is an essential building block contributing to the production of dopamine. Simple ensuring that you consume enough food with this protein can help boost your dopamine levels. Food that is high in tyrosine includes:

If you are looking to boost your supply of dopamine and are not that keen on exercise, there is more good news. Sometimes doing very little can actually have a very positive effect. I will admit that I find meditation very difficult but those that do it well swear by its effects on their mind. If meditation is not your thing, then any act of positive self reflexion can have a positive effect on your dopamine levels.

READ  How to Stimulate the Vagus Nerve

Finding an enjoyable hobby like painting or just listening to pleasurable music can also help your brain produce more dopamine. The important thing is to get pleasure from the activities you are doing. This not only boosts your levels of dopamine but also helps reduce cortisol levels making you feel less stressed.