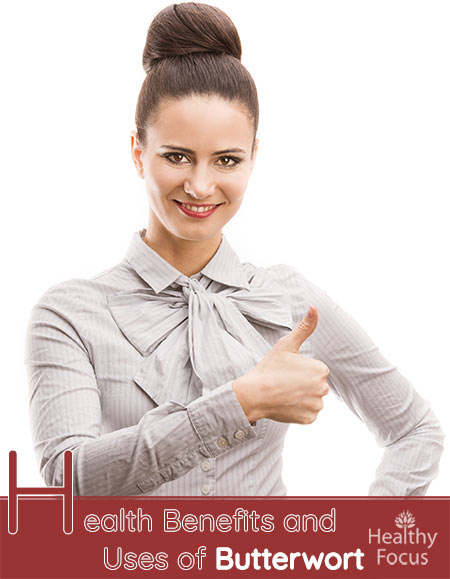 Over the past few years, we have looked at a very wide variety of herbal remedies at healthy focus. many of these herbs are well-known and come with a range of therapeutic benefits. The majority of herbs that we have covered have also undergone a fair amount of scientific testing.

Few have been as obscure as the topic of this article – a plant called butterwort that is better known for its carnivorous nature than its medicinal benefits. You are also unlikely to find butterwort leaves at your local health shop but depending where you live, it is possible that you can find them in nature. If you would like to find out more about this little-known plant and its potential uses, please read on.

Butterwort, which is known scientifically as Pinguicula vulgaris, is a carnivorous plant belonging to the genus – Pinguicula. These plants use their sticky leaves to attract, trap then digest insects which helps supplement the poor nutrition they get from their environment.

The leaves were traditionally used to make herbal medicine. they were typically harvested in the summer then dried or used fresh. The mucilage from the leaves was the part of the plant mostly used for medicinal purposes.

The vast majority of butterwort plants are perennial and all species from rosettes without stems. Butterwort plants are divided into two groups depending on where they grow. Tropical butterwort species often have carnivorous leaves all year round while temperate species form scaly leaves during the winter when they remain dormant.

The name of the genus was derived from ‘pinguis’ – a Latin word meaning ‘fat’. This refers to the thick and greasy appearance of the plant’s leaves. The more commonly used English name – Butterwort refers to the plant’s milk curdling abilities.

Other names for the plant include marsh violet and bog violet because of the purple flowers the plant produces.

Butterwort contains a range of active compounds including tannins and mucilage as well as acids like valeric acid, benzoic acid and cinnamic acid. The latter gives the plant its purported anticonvulsant actions.

The plant’s leaves contain small glands that have various digestive enzymes including phosphates, protease and esterase.

Butterwort has been used medicinally in the past but has long since fallen out of favor. The use of the plant these days is extremely rare in herbal medicine.

While there are no studies into the benefits of buttewort, it may have certain medicinal properties. It has been used as an antispasmodic, and antitussive and a purgative while it is also thought to have wound-healing actions.

The plant has been used traditionally to treat respiratory conditions like whooping cough, asthma and coughing. It has also been applied to the skin to treat common skin complaints like eczema. The plant was also used topically to treat minor wounds, cuts, bites and stings.

Drinking a cup of tea made from butterwort leaves might help treat coughs and other respiratory issues.

The leaves of the plant may work to suppress coughing. traditionally, the leaves were used to make an herbal tea to relieve dry coughs and whooping cough. Although, there is no scientific evidence that the remedy works, there is plenty of anecdotal evidence dating back a very long time. it may be effective because of the large amount of mucilage contained in the leaves.

A tea made from butterwort leaves might also help soothe a sore throat. As well as treating coughs, the plant was traditionally used to help ease throat irritation.

The plant was also used as a natural remedy for warts but there is little evidence that the treatment was effective.

Another traditional use of the plant was to treat minor wounds and cuts. The leaves were applied in the form of a poultice to help cleanse the wound and to speed up the process of healing. As with many tropical plants, the leaves of the butterwort plant were also applied directly to bites and stings to help ease irritation and promote fast healing.

Other Uses of Butterwort

There is very little evidence of other uses of the plant in medicine but in some parts of the UK, butterwort was used as a laxative.

Farmers made an ointment from the boiled leaves of the plant which they used to treat their cow’s sore udders.

A decoction made with the herb has also been used as a herbal hair shampoo while it was also used to dye or lighten the hair.

Apart from its traditional uses as a medicinal herb, butterwort has long been used in Scandinavian countries to curdle milk. Some manufacturers of yogurt still use the same process to produce their yogurt.

Adding the plant’s leaves to the milk releases enzymes that split the proteins in the milk causing it to curdle. the process is a simple and highly effective one. First, the fresh butterwort leaves are put into a strainer and then the milk gets poured on top of them. The milk is left for a few days after which it turns sour and solidifies into a natural yogurt.

This process is still used to make a healthy, natural yogurt and certain other dairy products in parts of Scandinavia.

The botanical name for butterwort is ‘Pinguicila’ which means ‘small greasy one’ and refers to the distinctive greasy or buttery feel of the genus.

We have looked at a number of herbs on this site but this is the first carnivorous plant that we have written about. The plant;s leaves are covered in tiny, sticky hairs which lure and trap small insects like fruit flies and gnats. The glands on the leaves secrete liquid containing acids and enzymes that quickly ensnare and help dissolve their unlucky prey.

I have been unable to find any dosage instructions regarding the use of butterwort for medicinal purposes. There are also no safety guidelines or reported side effects and the plant has never been studied for its medicinal benefits.

Always speak to a doctor or a professional herbalist before you use any herbal remedy for the first time. while this is always good advice, it is especially important for pregnant women and those who are breast feeding.