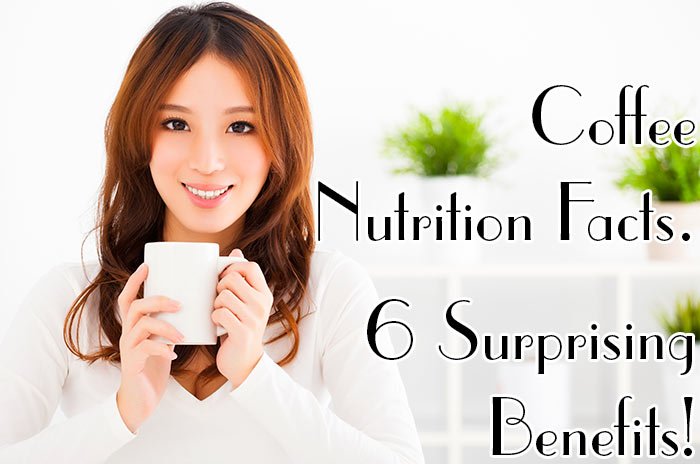 I will admit right now that I drink way too much coffee, probably far more than I could begin to pretend was reasonable. I am also grateful to those Yemeni shepherds and their curious goats who first decided they could use the coffee bean to make the drink some 500 years ago.
However, I have been told for most of my life that coffee is bad for me; I remember going down the decaffeinated route many years ago for that very reason but I never did get on very well with it.

Being a coffee lover and something of an amateur connoisseur, I was interested to learn that coffee may not be quite as bad as we are often led to believe. And not only is it not as bad as we have been repeatedly told but it may also have nutritional value and numerous potential health benefits.
Coffee is very popular in many parts of the world, so popular in fact that over half of American adults drink it each day. In many parts of the world, its popularity as a drink is second only to water.

With coffee being so popular, it is unsurprising that there has been a growing level of research into its effects and it may surprise many of you to learn that some of these studies indicate that coffee may have certain real health benefits.

Professor Miriam Nelson from Tufts University says that after looking at the science, they could find no adverse health effects from drinking between 3 and 5 cups of coffee daily. She goes on to say that there are actual health benefits to drinking coffee including a reduced risk of heart disease, Parkinson’s disease, type 2 diabetes and several types of cancer.

However not everybody reacts to coffee in the same way; many people feel that it helps them to focus and gives them more energy and I’ll admit to being firmly in this camp. For others, it can make them feel nervous, jittery and fatigued.
Coffee nutritional facts and potential benefits

Coffee does not provide much nutritional value in terms of vitamins or minerals, it is however virtually calorie-free especially when drunk without creams or sweeteners.

• Between 3 and 5 calories
• No fat, sugar, protein or carbohydrate
• 116 mgs of potassium
• 0.6 mgs of pantothenic acid
• 0.2 mgs of riboflavin (vitamin B2)
• 0.1 mgs of manganese
• Caffeine varies depending on the bean and manufacturing methods.

The amount of caffeine in your cup of coffee varies greatly depending on the type of bean and the manufacturing process. A double espresso from Starbucks is certainly going to have a lot more caffeine than the regular roast coffee that you prepare at home.
On average, the medium roast cup of coffee that you make at home contains about 95 mgs of caffeine while the same size cup from Starbucks and other coffee retail chains may contain around double that amount. By comparison, a cup of green tea has only about 45 mgs of caffeine.
You may be surprised to find that the roast does not really affect the caffeine content. Some say that lighter roasts have more caffeine as the caffeine is burned off at the higher dark roast temps. Researchers say caffeine is stable up to 600 degrees. Most Dark Roasts are under 500 degrees. It is very unlikely to have any effect at all.

Benefits of coffee in detail 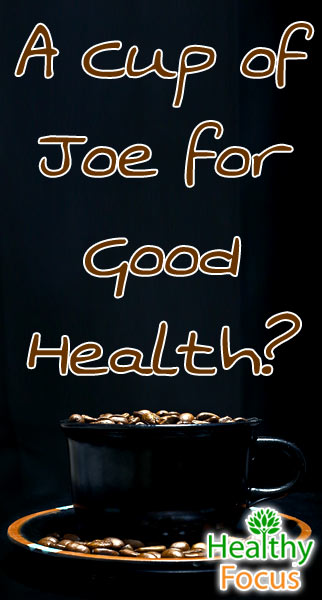 As I already mentioned above, one of the most important things about coffee when it comes to your health is that it is a rich source of antioxidants. Some studies even show that coffee may possess as much or more polyphenol antioxidant ability as cocoa and some forms of tea. (1)

Estimates suggest that many people get the majority of their daily antioxidant requirement from their coffee. It is recommended that you try increasing your daily antioxidant intake from fruit and vegetables but it is good to know that your coffee is doing more than just waking you up in the morning.
Caffeic acid and chlorogenic acid are the two compounds considered responsible for providing coffee with its antioxidant benefits. These two antioxidants are found mainly in coffee and those who don’t drink it receive little from any other source. As well as these two antioxidant compounds coffee also has other antioxidants such as polyphenols which are responsible for disease prevention and reducing oxidative stress.

Some of the antioxidant compounds found in coffee have been linked to reduced cholesterol levels. (2) Large scale studies have found that regular coffee drinking is linked to reduced rates of mortality from heart disease and other causes.

Coffee drinking is also linked to reduced rates of stroke and heart failure. Studies have even linked coffee to reduced risks of arrhythmia which given coffee’s reputation for generating anxiety, is certainly a surprising finding to me. (3) You would think the extra heart pumping would have a negative effect but that does not seem to be the case.

There is more good news for those of us that love coffee. It may actually contribute to brain health and prevent cognitive decline. Studies have demonstrated that coffee consumption may help protect against Parkinson’s disease (4) and it may have implications for other neurological disorders such as Alzheimer’s and depression.

A study conducted on mice in 2010 demonstrated that those fed with caffeine from an early age were at less risk of memory impairment and had reduced levels of a protein called Abeta which is believed key to Alzheimer’s. (5)

A number of studies have linked coffee with improved physical performance. When you drink caffeinated coffee, blood sugar increases slightly and this can help athletes fuel their muscles prior to exercise. (6)

Caffeine may also help athletes to train for longer at higher rates of output potentially increasing both speed and endurance. One study published in 2013 found performance times to be much faster in men that drank coffee and other caffeinated beverages before exercise. (7)

There is some research that indicates drinking coffee regularly inversely affects blood sugar and insulin levels meaning that it may be beneficial in reducing the risk of diabetes.

According to a study published in 2006 drinking a minimum of six cups of coffee each day decreases the risk of type 2 diabetes significantly and drinking less may also prove beneficial. (8).

The same study also found that coffee could prevent gallstone formation.
Experts believe that the chlorogenic acid contained in coffee may decrease glucose absorption from high carb and sugary foods meaning that sugar is released more slowly following a meal. There is however still some debate about the precise effects and some experts believe that caffeine can counteract some of these effects.

Finally, many studies have been able to demonstrate that people who drink coffee regularly are less at risk of abnormal or poor liver function. One study published in 2009 demonstrated that coffee protected against hepatitis C and liver disease related to alcoholism. (9)

Overconsumption is not a good idea as too much caffeine can have negative health effects. But most of the news is good—drink up and enjoy your cup!