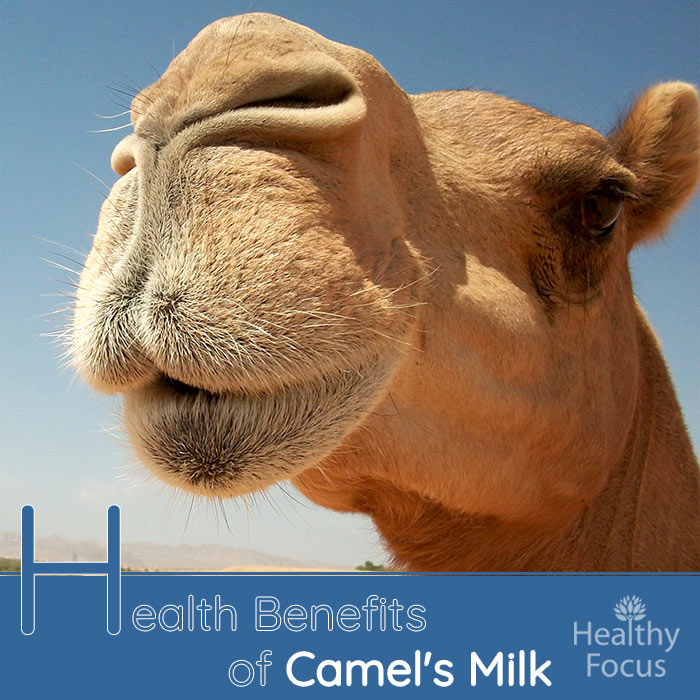 Not so long ago, the only milk available on the shelves was cow’s milk. Of course, the choices widened slightly to include not only full-fat but skimmed and non-fat milk but dairy milk was about your only option. These days, there are a growing number of milk options available to suit your tastes and needs. From almond milk and coconut milk to buffalo milk and goat milk. But how many of you have heard of a new kind of milk that has started gaining more attention?

I am talking about camel’s milk and of course there is hardly anything new about it. Nomadic tribes in parts of Asia and Africa have been drinking camel’s milk for thousands of years. Camel’s milk has been available in the Middle East and North Africa for a very long time but has now started to gain popularity in the West but are there really any benefits to drinking camel’s milk or is it simply a fad?

Not a Cheap Option

You are unlikely to see the supermarket shelves flooded with camel’s milk any time soon and for now, it remains a niche market. Unfortunately, it is also expensive when compared with cow’s milk which will certainly put many people off trying it.

In the USA, there are very few companies supplying camel’s milk. A large percentage of the camel’s milk available is actually produced by the Amish farmers from their camel herd which they sell through cooperatives.

Apart from the small numbers of camels in the country (only around 3,000 animals), camel’s are not easy to milk and are known to be very temperamental. They also produce considerably less milk than a cow. All of these. factors combine to make camel’s milk an expensive option. A pint of camel’s milk comes in at around 18 dollars – certainly not an option for those of us on a budget.

Nevertheless, advocates claim that high cost is worth paying for the drink’s unique benefits. Proponents of camel’s milk state that it has health benefits over and above normal cow’s milk making it a superior product. We will take a look at these claims and examine whether these claims are true or if they have been exaggerated. Let us start by looking at the nutritional value of camel’s milk.

Another advantage of camel’s milk is that it contains significantly higher levels of vitamin B3, vitamin C and iron than regular cow’s milk. Camel’s milk also contains less lactose making it suitable for people who are lactose intolerant and have trouble digesting cow’s milk.

What are the Benefits of Drinking Camel’s Milk?

Advocates recommend camel milk as a healthy alternative to cow’s milk. It has been suggested for a range of illnesses including Crohn’s disease, hepatitis, diabetes and even autism. How much does the science back up these claims and is camel’s milk worth paying the high price for?

As the parent of an autistic child, I have frequently come across anecdotal reports from parents that swear by the abilities of camel’s milk to treat their autistic children. Of course, I have dug a lot deeper into these claims but unfortunately there are no scientific studies to support these lofty claims.

The lack of scientific research does not mean camel’s milk may not be helpful and these anecdotal reports are false. It simply means that no research has been done to prove the benefits of the milk in treating autism.

However, one study which was published in 2013 looked at the antioxidant benefits of camel’s milk. It found that camel’s milk could potentially play a vital role in decreasing oxidative stress in kids on the autistic spectrum. (1)

That certainly sounds promising but unfortunately, there were weaknesses associated with the study. The researchers used regular cow’s milk as its placebo and many children with or without autism are known to have problems digesting regular cow’s milk. The researchers actually acknowledged that some of the children in the study were allergic the milk or lactose intolerant. It would be easy to conclude that simply giving a child a type of milk lower in lactose would have a positive effect on the children’s behavior.

Camel’s milk may be a good option for people with diabetes and research suggests it could help control blood glucose and insulin levels in people with type-1 diabetes.

A study conducted over the course of two years investigated the effects of 500 ml of camel’s milk daily along with exercise, dietary changes and insulin. The researchers found that the patients given camel’s milk experienced a decrease in both insulin and blood sugar levels compared to the patients who received just diet, insulin and exercise. In fact some of the patients totally eliminated their requirement for insulin. (2)

The study was relatively small-scale having just 24 participants but the results are certainly promising that it could be used as an adjunct alongside more traditional diabetes treatment.

Like goat’s milk, camel’s milk contains a milk protein called A2 beta casein. The majority of the dairy milk drunk in the US is produced from Fresian and Holstein cows. These animals produce milk primarily containing A1 beta casein as opposed to the A2 beta casein found in camel’s milk.

A1 beta casein gets broken down to a peptide known as beta-casomorphin – 7 or BSM-7. This is significant since according to research this opioid like peptide can have several negative effects. It can suppress a person’s immune system, trigger inflammation of the digestive tract and also contribute towards the formation of arterial plaque.

As we have already mentioned, camel’s milk compares favorably with cow’s milk when it comes to nutrition. It is lower in overall fat and saturated fat and contains fewer calories. It is higher in vitamin C and iron and has an equal amount of protein.

The Risks Associated With Camel’s Milk

Although there are potential benefits to drinking camel’s milk, there are also several concerns. The primary risk is that it is usually consumed in an unpasteurized form. A study done by researchers in St Louis looked at the consumption of the milk in Kenya where some 10% of the population drink camel’s milk unpasteurized. This exposes them tot he risk of various animal pathogens.

This study found a greater prevalence of harmful bacteria in the camel’s milk compared with cow and sheep’s milk.

Then again, milk of any kind should not be drunk in its raw state and there is good reason for the pasteurization process. It is unlikely that anybody reading this article will be drinking raw camel’s milk anytime soon.

Camel’s milk is an interesting new addition to the growing market in different types of milk. It is certainly nutritious and may have certain health benefits over and above traditional cow’s milk. However given that it does not come cheap, I would not recommend that people rush out to buy it. Future research may tell us more but for now you may be better off spending your money elsewhere.