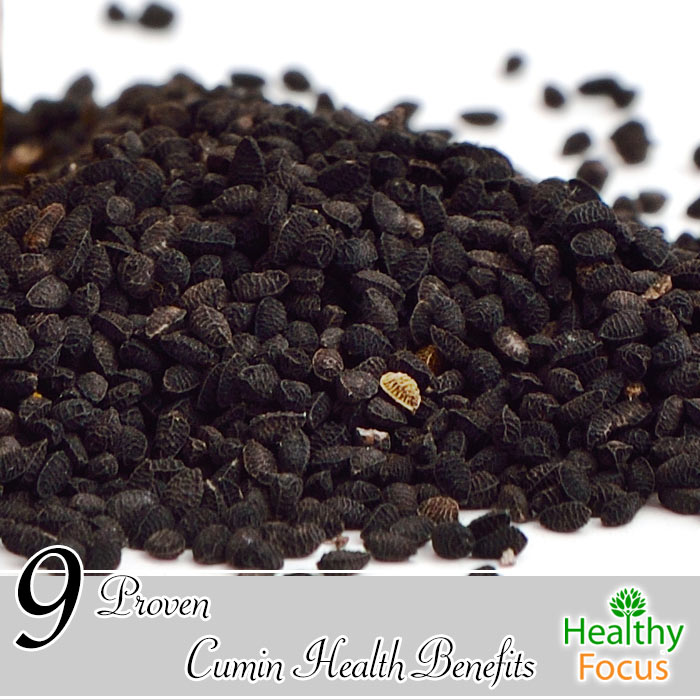 The savory spice of cumin brings to mind delicious Mexican and Spanish dishes. Sure, it’s a fantastic addition to any meal, however, there is much more to cumin than its tasty spicing abilities. In fact, this spice contains a whole treasure trove of health benefits. Read on if you want to find out how cumin can benefit you!

Cumin has been around for thousands of years, used extensively by Egyptians, Greeks, and Romans for its many benefits. Egyptians used the spice in their mummification process, embalming their loved ones in tombs amongst their riches.

The Romans and Greeks used the cumin seeds for its spice and various health benefits. Around the Middle Ages, the cumin seed was a symbol of fidelity and love; used in weddings and carried by soldiers during times of war.

In more recent times, cumin has been used in herbal medicine to help treat many maladies. Texts on folk medicine describe its abilities to help eliminate excessive gas, relieve sore throats, and even regulate periods.

In terms of ingesting cumin, it not only tastes good, but it is also a source of minerals and vitamins. Manganese and iron are especially prevalent in cumin, two important minerals to help bolster your health.

Vitamins A, C, and E are also found in abundance in this miracle spice. Research on cumin has found that this spice promotes the secretion of pancreatic enzymes, greatly aiding in the digestion process.

Some studies have found that cumin has great antioxidant properties, helping to fight free radicals and to eliminate the stress-induced damage it does on the body.

The high antioxidant count in cumin may possibly be an effective anti-cancer agent. More scientific research has to be done to determine cumin’s ability to fight cancer, however.

There’s a reason why cumin has been in use for the last 5000 years, and that is because of all the benefits it has to offer. From aiding in digestion to treating anemia, many people can find a use for cumin in their lives.

Cumin’s main role in helping in digestion is that it promotes the secretion of many different digestive juices within the body. First of all, the mere scent of cumin activates the salivary glands in the mouth, kicking off the whole digestion process.

Thymol, a compound found in cumin stimulates the glands that encourage the secretion of digestive juices and enzymes. These primary digestive juice that is activated is bile, which helps complete the digestion process in the stomach and in the intestines.

Cumin also helps to soothe discomfort that may occur while the stomach and intestines are processing food. For instance, cumin is considered a carminative, meaning that it helps to eliminate excess gas, making the digestion process go much smoother and pain-free.

As far as cumin’s abilities to help treat the symptoms of diabetes, the research is still in the early stages. Despite the ongoing research to pin down cumin’s role in diabetes care the current results are promising.

Some studies are reporting that cumin, along with other spices, may prevent the development of diabetes by decreasing the instances of hypoglycemia. Current studies have found that when animals were fed cumin seeds, there levels of hypoglycemia decreased sharply.

Even more promising, these animals showed decreased levels of glucosuria, which is an ailment that occurs when the urine contains too much glucose. Human studies are currently underway.

By adding cumin to your meals, you can help prevent infections from developing in your wounds while expediting the digestion process as well. All of these healing properties combined help to treat all the irritating and painful symptoms of hemorrhoids.

READ  How to Get Rid of a Fever Blister

Cumin is a rich source of iron, containing about 5 times the recommended amount for a healthy and balanced diet. Its important to get enough iron in your diet because it promotes the production of hemoglobin, which increases blood flow and prevents the development of anemia.

Hemoglobin is responsible for delivering oxygen to your cells and keeping them in tip top shape. Anemia causes such adverse symptoms as fatigue, dizziness, anxiety, digestive issues, and cognitive malfunctions.

As previously mentioned, cumin promotes blood flow and circulation, which not only prevents anemia, but also boosts cognitive function as well. Maintaining good blood circulation is vital because it helps blood and oxygen reach all of your organs, delivering nutrients and ensuring that your brain maintains top performance of all of your bodily systems.

If you are looking for a way to boost your immune system and to fight illnesses and infection, consider adding cumin to your diet. This fully loaded spice is loaded with antioxidants, while the presence of essential oils in the seeds are packed with vitamins A and C.

The vitamin C content encourages the production of white cells, are number one defense against infection. All the antioxidants contained in cumin seeds seek out free radicals and help neutralize them while repairing the damage already done.

Cumin’s free radical abilities also help to prevent such diseases as cancer and heart disease. Cumin has been found to be especially good at preventing colon cancer. Keep this possible cancer prevention on your radar!

One of the most common infections that continuously plagues humankind is the common cold. It is so simple yet so capable of making us feel miserable. There are steps you can take to not only fight the unpleasant symptoms, but to prevent them from developing in the first place.

The essential oils found in cumin seeds are loaded with antioxidants, and vitamins A and C, which help fortify the immune system, preparing it to fight any invaders looking to make us sick.

Cumin is also great at protecting the respiratory system, suppressing annoying coughs while draining excess mucus clogging things up. The antimicrobial and antiviral properties of the spice help to fight the infection while protecting your body from secondary infection while it is weak and vulnerable.

Vitamin E is highly valued in the world of skincare, preventing premature aging, neutralizing free radicals, and delivering a youthful glow. Fortunately, cumin contains vitamin E in spades, making the seeds of this spice a must for your skincare routine.

The antifungal properties in cumin help to disinfect the skin, preventing unsightly infections from marring your complexion. Vitamin E is also great for preventing and treating premature wrinkles, sagging skin, and age spots.

If boils are your problem, cumin removes the toxic substance responsible for creating these pus-filled nightmares. By regularly consuming diet, you get the antioxidants necessary for not only preventing boils, but pimples and rashes as well.

Women who are breastfeeding, pay attention, this spice can help you with your lactation needs. Cumin promotes the secretion of milk, thanks to the compound thymol. Loaded with calcium and iron, cumin also helps to boost the health of breastfeeding women who are in greater need of these two minerals.