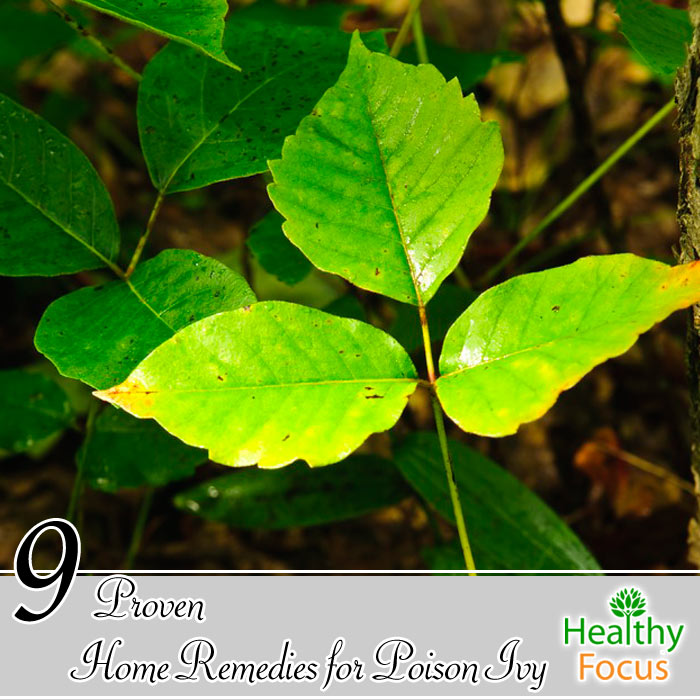 What is a Poison Ivy Rash?

You are doubtless familiar with the rash that is caused by poison ivy but it is not only poison ivy which can cause it. Similar reactions are caused by contact with poison oak or poison sumac because they all contain a substance known as urushiol which is the substance responsible for the familiar itchy rash.

Poison Ivy grows as a shrub or a vine and is a familiar sight in most parts of North America. It can be seen in woodland areas, riverbanks, open fields, parks and backyards. Poison oak is common in the western part of the US and resembles poison ivy in terms of its leaf arrangement.

Poison sumac on the other hand is more common in the Southeastern parts of the US and typically grows in wet areas. Poison sumac causes even more severe rashes than poison ivy or oak. For the purposes of this article, the simple home remedies for poison ivy rash apply equally to all three plants.

Exposure to all three plants can result in a nasty rash which is actually caused by the body’s sensitivity to urushiol – a resin which is present in these plants. This substance is present in the leaves as well as the flowers, stems and roots of the plants.

Urushiol is a very powerful substance which even stays active after the death of the plant. And you don’t need to be exposed to much of the stuff in order to suffer the consequences. Exposure to a tiny amount equivalent to a grain of salt can cause a rash in the vast majority of people.

Touching the plant itself is an obvious method of exposure but that is not the only one. Rashes can also be caused from indirect contact such as contaminated pet fur, clothing, appliances and surfaces. It is also possible for contact to be airborne which is the case when poison ivy plants are burned.

Initial exposure does not always result in a rash. Sensitivity actually develops with repeated exposure. Estimates suggest that around 85% of people develop sensitivity to the plant while 15% are fortunate enough never to develop a reaction.

The obvious risk factor is the proximity to the plant. People living in areas where the plants grow are at a much greater risk as are those who work outdoors in those areas like construction workers, gardeners and farmers. Hikers who venture into areas where poison ivy grows are also at a greater risk of exposure.

What are the Symptoms?

If you are not among the small percentage of people who do not develop a rash, contact with urushiol typically causes a rash to develop in as few as 12 hours up to a maximum of 72 hours. The symptoms of exposure include the following:

The symptoms of poison ivy exposure vary in severity but typically disappear within a week to 3 weeks of contact. Fortunately, there are plenty of simple natural remedies that will allow you to take care of your rash at home. Here are some of the most effective:

Most of us have baking soda sitting somewhere in the kitchen and for those of you that don’t, it is easy and cheap to get hold of. It is certainly worth having as it is an excellent remedy for various complaints including poison ivy.

To treat a poison ivy rash, put half a cup of baking soda in a bathtub of warm water, mix it well and soak yourself in the solution.

Alternatively, you can make a paste by mixing 3 teaspoons of your baking soda with a teaspoon of clean water. Mix it into a paste and apply it onto the affected areas of your skin. Both of these remedies will effectively ease the itching and discomfort from the rash.

Oatmeal is a delicious and healthy breakfast food, but it can also be used on the skin to soothe itching and redness. If you have a poison ivy rash, then simply applying a little cooked oatmeal to the skin will do the trick. Make sure that you cook it quite thick and allow it to cool before applying it to the skin.

READ  What are the Best ZMA Supplements in 2017?

Aloe Vera gel is a well-known and very popular remedy for a range of inflammatory skin problems. It world extremely well when you apply it to rashes caused by poison ivy. Either use a ready-made gel that is readily available or cut a leaf apart and apply the fresh gel directly to the affected area. It is a natural and safe solution for poison ivy which will soothe the skin and reduce redness and itching.

In addition, the vinegar can also help remove toxins out of the skin helping it to recover much quicker.

Witch hazel is another effective natural remedy for all kinds of skin conditions including rashes caused by contact with poison ivy.

You can buy goldenseal in several supplementary forms and use it in several ways to treat poison ivy.

Yup, banana peel can help treat poison ivy possibly because it has a cooling effect on the skin. It is a traditional remedy that many people down the years have sworn by.

Poison ivy causes your skin to redden and become overly wet. Salt can help dry the skin and withdraw any excessive fluid and toxins out of the body. Himalayan salt is considered to be one of the most effective and healthy varieties of salt and can be used to make a paste when mixed with water.

Alternatively, you can throw a cup full of Himalayan salt into your bathtub and soak it up for 20 minutes or so.

Like banana peel, cucumbers have a very cooling effect on the skin which is ideal for inflammatory pain and rashes like poison ivy. One way to use them is to make a past by blending cucumber with water. Alternatively, simply slicing your cucumber and applying the slices directly to the affected areas can be very effective.

While it actually feels very good and soothing—it might not be a good idea. Hot water can damage skin even more and lead to opening skin pores and the urushiol getting absorbed into your body. I have seen many sites recommend hot water but based on my experience it is a risk.

I ended up getting a secondary infection from the poison ivy going deeper in my skin, causing swelling. Hot water did feel good and help relieve the itching for a while but I think it also carries a risk of long term worsening things.

Have you ever tried to remedy poison ivy at home? Did you try any of the remedies mentioned or did you find another remedy effective? Please let us know…we would love to hear from you.