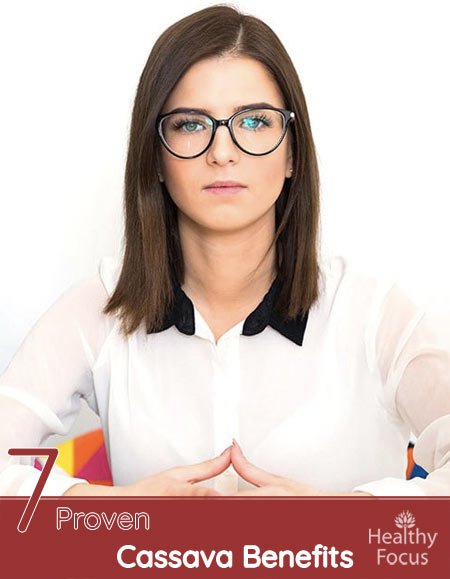 Foods rich in carbohydrates have had a very bad rap of late. With the growing popularity of low carb diets, many people avoid high carbohydrate foods entirely or cut back extremely. However, not all carbs are the same and not all food containing carbohydrates are necessarily bad for your health and your waistline. Cassava is extremely high in carbohydrates but it is also high in fiber and a  number of healthy minerals and vitamins. Far from being bad for your health, cassava can actually benefit you in a number of ways. If you are interested to find out more about this root, read on.

Cassava is a starch laden root vegetable mainly cultivated in hot, tropical climates including parts of Africa, South America and Asia. Also known as yuca, yucca, tapioca or manioc, it was once considered a poor man’s food but its reputation is now beginning to change for the better.  (Arrowroot may also contain tapioca made from cassava – but they are different).

Cassava may not yet be a staple in western kitchens but it offers numerous nutritional benefits that maybe we should be taking advantage of.

Cassava is very high in calories. It contains about twice as many calories as the potato. It is also very high in protein and contains many very important minerals.

As a word of warning, cassava is toxic to humans when eaten raw as it contains cyanogenic glycosides. However, the cooking process reduces these dangerous chemicals to harmless levels.

There are actually two types of cassava – sweet cassava and bitter cassava. The bitter version contains more toxins meaning they have to be thoroughly washed and crushed before being eaten.

The sweet cassava is lower in cyanide and can be prepared in the same way you would prepare any other root vegetable.

Cassava roots are similar in appearance to yams but they are larger and can weigh a kilo or more. They have a tough, brown skin surrounding a starchy ‘meat’. Unfortunately, the shelf life of fresh cassava is short and they rot within a few days of being harvested.

Because of this, it is easier to find cassava flour than the fresh root itself. If you can find the fresh root, you should store them in a cool and dry place for a few days at most before cooking them.

Cassava leaves are also edible and are extremely high in protein as well as vitamin K and calcium. They must also be cooked before being eaten.

Cassava is an excellent source of essential minerals including calcium, manganese, iron, phosphorus, and potassium. These are all important minerals for growth and development as well as contributing to proper bodily function.

A 100-gram serving contains 16mgs of calcium, 21mgs of magnesium, 271mgs of potassium and 27mgs of phosphorus.

Fiber is good for you and the chances are you don’t get enough of it. Cassava is an excellent source of dietary fibers. Fiber is linked to good digestive function, heart health and may play an important role in weight loss.

It can also slow down the rate at which sugar gets absorbed into the bloodstream. This makes cassava a suitable choice for diabetics.

While not everybody wants to increase their carbohydrate intake, high carb diets are useful for some people especially athletes or people involved in very high energy activities. The carbohydrates from cassava get converted into glucose in the body before being converted into glycogen and stored by the muscles.

Saponins are a type of phytochemical known to help reduce cholesterol levels. They work by binding to cholesterol and bile acid which prevents their absorption via the small intestine.

Saponins also have antioxidant properties which can help prevent oxidative damage and reduce the risk of disease including serious illnesses like heart disease or cancer.

Because cassava is completely free of gluten, cassava flour is a potential substitute for normal flour. It is especially useful for people with gluten intolerance like those with celiac disease.

Some Facts about Cassava

Cassava is a digestive resistant starch which means it quite literally resists digestion. Resistant starches are considered to be the most beneficial type of starch because they feed the good bacteria in the gut.

Most starches break down and get absorbed as glucose but resistant starches like cassava travel unimpeded through the intestines to the colon. They are then converted into beneficial fatty acids by the intestinal bacteria where they help combat inflammation and boost your energy.

These short-chain fatty acids like butyrate are known to help treat several conditions including IBS and colitis.

The fiber content of cassava also contributes to a healthy digestive system and can help combat constipation, bloating and indigestion.

Several studies have demonstrated that cassava can help reduce cholesterol levels in people who consume it. One study published in 2013 found that both cassava and sweet potatoes helped to lower cholesterol in people with elevated levels. (1) this effect is believed to be a result of the high fiber content of the vegetables.

The saponins found in cassava also help reduce cholesterol by binding to unhealthy cholesterol and preventing its absorption into the small intestines.

As well as reducing your cholesterol levels which has very beneficial effects on the heart and overall health, cassava is a good source of potassium. Potassium is known to help regulate the heartbeat and keep blood pressure under control.

The calcium found in cassava is vital to ensure healthy, strong bones and also teeth. People with a calcium deficiency are more at risk of developing brittle bones and conditions like osteoporosis which increase the risk of fracture and seriously hinder mobility.

As well as the calcium contained in the vegetable, the edible leaves contain vitamin K can also play a significant role in healthy bones.

Another great benefit of the fiber contained in cassava is that it slows down the rate at which sugar is absorbed into the blood. Cassava also has a low glycemic index of 44 meaning that it is especially suitable for people with diabetes.

Cassava contains several beneficial antioxidants including saponins, beta-carotene, and vitamin C. These antioxidants are invaluable in terms of their ability to combat cellular damage and protect against disease. Studies have even shown that the saponins in cassava could help prevent cancer.

Despite being so high in carbohydrates, cassava may help people to control their weight or even to shed a few pounds as part of a healthy diet plan. Because cassava is such a great source of dietary fiber, it may help you feel more sated throughout the day and less likely to snack between meals. In the long run, this may result in a smaller waistline but do not expect a quick fix.

Some people use cassava to make a natural exfoliating paste on their skin. If you find yourself with peels that you would normally discard, consider using them to make a paste which you can then scrub onto your face several times a week.

Cassava roots can also be combined with olive oil and honey to make a natural hydrating face mask.

This one is worth repeating. Cassava contains a toxic compound called linamarin which is converted into hydrogen cyanide in the system.

Cyanide poisoning from incorrectly prepared cassava has been reported, this can result in various symptoms including nausea, vomiting, diarrhea, headache and even paralysis and death.

It must not be eaten raw but if you make sure to peel and cook it properly, the toxins are eliminated.

How to Eat Cassava

Cassava is eaten in a variety of different ways in different parts of the world. In the tropics, the tubers are a popular ingredient in stews, soups and other savory dishes.

In the Caribbean, cassava is sliced and fried until they are crisp and browned. They are then served with salt and other popular seasonings.

Cassava flour can be used for the purpose of making bread. Cookies and cakes as a substitute for other types of flour.

Okay, I will admit that this is not the healthiest recipe in the world but it is absolutely delicious and makes a great treat if you can get hold of some cassava roots.

Cassava is a staple food in much of the world and provides a cheap and easy source of dietary fiber and nutrition. While it is high in carbohydrates, it is nevertheless a healthy option. It can benefit your health in a number of ways including digestive health, heart health, skin health and bone health.

Cassava can be used in a number of ways from sweet dishes to soups and savory meat dishes. If you would prefer to try something slightly healthier than our delicious cassava in coconut sauce recipe, there are plenty of excellent cassava recipes online. If you have a favorite recipe for cassava, please let us know and we can add it to the article.