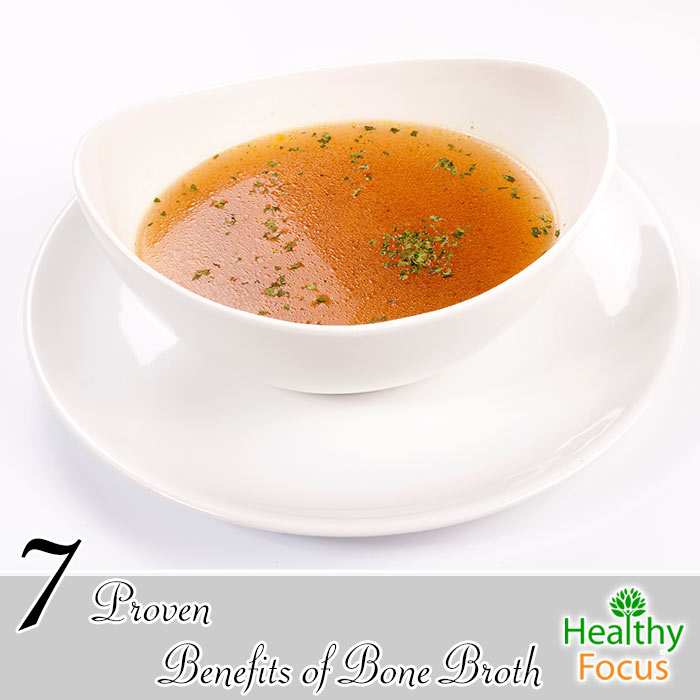 Have you heard about the numerous benefits of bone broth? For centuries, many cultures have revered the healing and restorative qualities of bone broth.

Fairly recently, the bone broth craze has found its way to the Western shores, many people converting to it’s savory program to improve their health and to boost their immune system.

It should not be any surprise, as chicken soup is by and large one of the old reliable standbys when it comes to treating colds and other illnesses.

Just having a nice hardy bowl of homemade chicken soup makes you feel better and bone broth delivers similar if not even better results.

One of the most celebrated abilities of bone broth is the way it increases the strength of your gut lining and helps prevent food sensitivities due to the gelatin content in the broth.

Meanwhile, amino acids in the broth help to reduce inflammation in the gut, which can be the source of much discomfort and unpleasant side effects.

In times of gastrointestinal distress, bone broth is an ideal way to get nutrients because it’s easily broken down by the digestive gut and is soothing to a troubled tummy.

People commonly take glucosamine to alleviate joint pain, but did you know that bone broth is a natural source of the stuff. Bone broth also contains gelatin, which improves the strength of bones while adding an extra layer of protection, improving bone density.

Consistently drinking bone broth is a great way to protect and support joints, especially in athletes who put a lot of pressure on these areas of their body.

As previously noted, bone broth improves the strength of bones and density. This is due largely impart to the rich mineral content of the broth. Bone broth is loaded with calcium, magnesium, and phosphorus.

Another reason bone broth is so great for the immune system is because it’s rich in minerals. Some studies have found that those that suffer from auto-immune disorders were able to find some relief for their symptoms by consuming bone broth.

The skin relies on collagen to maintain and youthful appearance of skin. Bone broth contains collagen, which encourages the production of elastin in the skin.

Collagen improves the overall tone and appearance of the skin, preventing the development of wrinkles and other signs of premature aging.

Some people have noticed that collagen also helps to reduce the appearance of cellulite and improve the firmness of skin, since collagen increases the production of connective tissue.

One of the major benefits of bone broth is that it’s an easy way to get a good portion of amino acids that are otherwise difficult to obtain through diet. By consuming bone broth, you are able to absorb some of the following amino acids:

One of the major reasons people want to try bone broth is its purported weight loss abilities. While consuming bone broth alone is not enough to deliver dramatic weight loss results, it is a great supplement to a healthy diet and exercise regimen.

So how does bone broth help to support weight loss? First of all, bone broth supports to functioning hormones, particularly a hormone called glucagon. Glucagon helps to absorb fat from cells and mimics insulin.

How To Consume Bone Broth

There are several different ways you can consume bone broth and incorporate it into a healthy and balanced diet.

Many people use bone broth as a base for sauces, gravies, and soups, however, bone broth can also be consumed on its down. Here is a list of different ways you can consume bone broth:

Do not be intimidated for the lengthy cooking time of this savory broth. Despite the length of time it needs to simmer, bone broth is fairly easy to make.

Basically, bone broth is made by simmering the bones of an animal (beef, chicken, etc) in a slow cooker for 24-48 hours. This simmering process extracts the marrow, collagen, minerals, amino acids, gelatin, glycine, from the bone and into the broth.

To make bone broth, you need the following basic ingredients. If you want to make a soup of it, feel free to add any veggies or whatever else you like to make the broth a more delightful and nourishing treat.

Note: It is normal for bone broth to form a layer of fat on the top once the broth has cooled in the refrigerator.